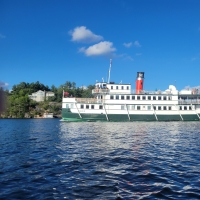 Things are Getting Interesting

As we enter August, it’s clear that we’re in a recession, and the Canadian real estate market continues to weaken with home prices declining steeply, and sales plummeting. Inflation continues to spiral, mostly as a result of unchecked money-printing by the Feds, both in Canada and the US, and the main solution being considered is ever-higher interest rates to cool the economy further.

Home prices have dropped circa 20% in many parts of Ontario as a result of only a few points increase in interest rates. This high price sensitivity to the cost of capital is further evidence that most buyers were taking out the biggest mortgages that the banks would underwrite. For the past 20 years, as home prices rose relentlessly, this proved a good move; but times have changed, and now the practice of loading all cash and credit into one’s primary residence has proved perilous.

Variable rate mortgages usually maintain the same monthly payments even as interest rates fluctuate. When the rates go up, the amortization periods are extended further out, so rather than 25 year mortgages, they can become 30 years and more. This way the homeowner is not likely to be forced to sell, it simply takes longer to pay off the mortgage.

However, the fine print of a variable rate mortgage generally contains a term of a trigger rate, which is the interest rate at which the bank loses confidence in the owner’s ability to pay it off. The bank can then either increase the monthly payments and or require large cash payments to better collateralize the loan. This is where it gets interesting, and if the rates rise more than circa 6.5% the banks may start to mobilize and enforce the trigger, and this could mean foreclosures, and forced sales, hopefully not too many at a time.

In the housing crash in the US of 2008, there were only 8% of homes in distress, and when they went on sale at once, this was sufficient to crater the market. Be sure to consider these details when securing a mortgage, and build in a buffer, because life is complicated and things can change fast.

Returning to the first point of extending out amortization periods when rates increase, it can become a little scary even before the trigger rates. With the recent doubling of interest rates, to sustain the same monthly payments, mortgages must be extended way out. Several of my clients, five years in, thought they would pay off their mortgages within another 20 years, but have recently received letters from their banks explaining that their mortgages will now require another 40 years! And so, many are never able to pay them off unless rates come down. The dream of fully owning a home may seem out of reach, making it feel more like rent than ownership. This psychological shock may already be a factor in the markets recent decline, and actually lay the groundwork for a silver lining.

The Silver Lining – The Contrarian View

Assuming the market is efficient, the precipitous drop in prices means that the market is expecting intertest rates to remain well above 6.5% for more than ten years. I hazard to speculate that they won't and that there's an over-reaction here, which means opportunity!

To illustrate. let’s compare two scenarios where the same property is purchased in April (market peak, low interest-rate) versus today, a lower price, but higher rates.

Then five years from now:

The mortgage required with a 20% down payment is $300k less, and the down payment of 20% is also 60,000 less required in cash. The monthly payment is $500 more, but you have $60k more in the bank to afford it, much more than a ten-year cushion, and for simplicity we're ignoring the compounded interest on the $60k saved! Also, after five years, the principal outstanding on the smaller mortgage of today remains 189k less than the mortgage taken out in April. Also, recall that the buyer of today is likely to enjoy the price recovery of 20% or $300k within the same five years.

If the market expectation is efficient, it is expecting persistently high interest rates, but it’s more likely that there is an inefficiency, largely as a result of the short-term cash and credit crunch faced by many; they can’t afford the higher mortgage costs, regardless of the potential positive returns in buying today at a lower price.

Over the next 18 months, this seems like opportunity for the investor and for the patient consumer with cash and credit to find some real bargains and perhaps on special properties. Already we are seeing many super deals, as nervous buyers are holding back, resulting in fewer offers, matched with sellers who must sell or are fearful of degrading market forces.

But the long-term remains promising; there are 400k+ new immigrants flooding the country every year, and a limited supply of desirable land (land within 100 miles of the US border, which is not a freezing-cold tundra). Price appreciation is highly likely, so remain patient, stay within your means, and things will work out just fine. Relax, enjoy the summer, and give me a call if you're inclined to make a move.