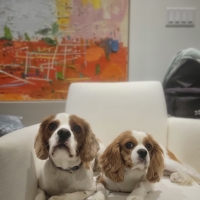 When will the pendulum swing?

Let’s relish in the fleeting fun and frolic of these unseasonably forgiving temperatures, because reality beckons. After many years of free capital fueling unrelenting growth in the housing sector, and growth equities, it’s now time to pay the piper. For those still whimpering that we’re not yet in a recession, it’s now inevitable, the only questions remaining are how deeply it will cut and how long it will endure, but the confluence of economic and political factors continue to present a perfect storm.

Geopolitically, we continue along a perilous path, in fact 76% of US voters just polled indicate that the country is “out of control”, and if we had similar such polling, many Canadians would likely express the same. Thankfully, their midterm elections are tomorrow to decide the judicial branches of government, and there is a glimmer of hope that some balance will return, putting the brakes on a smorgasbord of devastating policies.

The market dynamics of real estate are inextricable from the bigger picture, and while relatively stable or at least with inertia, they are by no means immutable. The story of the year continues to be inflation, where we’re at the mercy of policy-makers to stem the tide, without crushing our economies, here and throughout the West.

Recently the Bank of Canada made a more dovish move than the market had expected, by raising rates only 50bps versus 75bps. It was seen by many as a capitulation in the fight against inflation, they just couldn’t bear the political heat of another aggressive hike. The BOC’s explicit justification was that since the growth rate of core inflation had dropped somewhat last month, a lower hike was prudent. Core inflation excludes more volatile inputs such as gas, and food prices, so many regard it as a more reliable indicator of true inflation or at least the part of inflation which can be impacted by monetary policy.

Regardless of how this medicine is measured, Canadians who have already been robbed of the equivalent of three weeks of wages from rising prices find it difficult to swallow. The US by contrast, with a more diversified economy, and even higher inflation, has stayed the course and last week increased rates aggressively with a 75bps hike.

Nobody knows, but my guess is that the BOC made a well-measured call given our economy’s fragile state. Canada has a disproportionate reliance on the residential housing market for economic growth and wealth creation, and the previous rate hikes have already resulted in a whopping 20% drop in housing prices, 25% is considered a crash, and a 50% drop in sales activity. Adding to this is our perilous personal debt crisis, people have been living right at the edge of their means and beyond, and debt service of all types becomes much more difficult when rates go up. Consider too that there is an 18-month lag between raising intertest rates and impacts to the broader economy, such as job losses, so I think the BOC’s move was the right one; a slight temperance of the too-much, too-late meddling mess.

Let’s examine a large contributor to personal debt, the Home Equity Line of Credit (“HELOC”). They are a primary source of household financing, because they are secured with one’s home, making them easily obtained and offering superior rates than credit cards and personal lines of credit. 27% of Canadian homeowners have established HELOCs, 78% of these have used them, and 58% have outstanding balances. Drilling further, 10% have borrowed between $50,000 and $100,000, and 10% have borrowed more than $100,000. Unlike most mortgages, they have floating rates, and although they were borrowed initially at 2-4%, they are now creeping north of 7%. Compounding these unbudgeted expenses are of course, the increased mortgage costs, and grocery bills, which are in no way offset by marginal salary increases. It all seems to paint a dark picture, let’s hope the thunder heads dissipate, and soon.

There are also many countervailing winds looking to calm the storm, presenting a case for optimism. The markets rallied historically in October, and there are still trillions in cash waiting on the sidelines. The housing market has stalled largely due to the uncertainty of future interest rates, most don’t know how to price assets when they don’t know their underlying costs. Just as we saw in the first four months of the pandemic, it was the uncertainty and fear that caused paralysis in the housing market, which quickly resulted in massive pent-up demand. As soon as we took our medicine in the arm, we were free to embark on a buying spree, and drove housing prices to record levels. So perhaps when the BOC stabilizes or reduces rates, we may enjoy the same rapid run-up and recovery.

In the meantime, there is little question that some prices will go lower, which means exciting buying opportunities. All is not lost for sellers now either, as inventory and competition remain low, which preserves prices to reasonable levels, especially for exceptional properties and those presented exceptionally. The demand for purchasing has shifted to demand for renting, but as most things do, this pendulum will swing back, and prices will soar once more. We’re all uncertain about what comes next, but we can create parameters and pathways to enjoy the ride and prevail in the end.