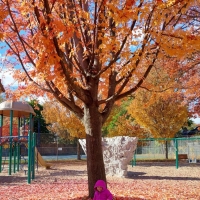 A time to relish in the splendor of majestic autumn leaves, the soothing warmth of the fireplace, and the punctuated moments of excitement during endless football games. If only life were so simple, so pleasant, please brace yourself for what follows, I think the leaves are changing.

The regional and international economies are looking grim, the challenges exacerbated by geopolitical unrest, which are becoming more threatening every day. The sabotage of the Nord Stream II pipeline is an environmental disaster, and may become the key accelerant to an ugly smoldering conflict with Russia, but let’s hope it doesn't ignite.

Here in North America, our failed political leaders are engineering a recession to curb inflation, still running north of 7%+, the result of two years of unprecedented money-printing. Discussions of a soft-landing are now a mumble, and most project a moderate recession or worse through at least 2023. An almost inevitable consequence of a rise in interest rates, is a decrease in employment, but this reverse correlation generally lags 12-18 months; remember we are only 8 months into the tightening cycle. Increased interest rates result in higher costs of capital, and lower yields on productivity, so companies reduce investment and operating overheads, most notably, they cut jobs. Fewer jobs, means less income, resulting in less demand for goods and services, and assets like real real estate; all this to stem inflation, it's a painful process.

The past six months have also seen significant wealth destruction, with housing prices down between 10-20% in most areas, and precipitous drops in the stock markets, down circa 20% since January, not to mention the fiasco that is crypto. Thankfully, most of these losses are unrealized, since most have not sold their portfolios, they have just seen the numbers on paper decline.

Sales activity in the housing market has already taken a 40% hit, and there is little evidence for a quick recovery. Today’s sales rely largely upon mortgage approvals which are up to four months old, and enjoy rates much lower than any mortgage available today, however, these will soon expire, and rates are set to go higher still.

As we explored last month, lower houses prices have not helped housing affordability, which remains at an all time low. In fact, a full 25% of city-dwellers are living in “shelter poverty”, defined as households spending more than 30% of their gross income on housing, and not hard to imagine in Toronto, where the average rent is now north of $2,600 per month, up 25% this year. Compounding the challenges is that the average income for Ontario households remains down 5.2% since before the pandemic, and adjusted for inflation, real spending power is down circa 15% or more.

How are people paying for this? Canadians are taking on more personal debt, seeing their debt-to-income ratios at all-time high’s of 1.87; meaning there is $1.87 owed for every dollar of income. Remember that increased interest rates also make this debt more expensive to service and riskier for the creditors to underwrite, adding fuel to the fire, and urgency for a change in course.

Returning to the rental market dynamics, a spike in rental prices doesn’t mean the greeeedy landlords are getting rich, large increases in rents are only permitted for new leases to new tenants, lease renewals may only raise rates 2.5% annually, nowhere close to covering the costs of inflation. This is why there’s so much noise about “renovictions”, where landlords evict their tenants under the auspices of performing renovations, so that they can reset the rents to the market prices with new tenants when the reno is complete; one of endless examples of market inefficiencies brought on by government intervention, namely price controls.

Don’t despair, this downturn won’t last forever, and housing retains a special place in the Canadian economy, contributing to 14% of GDP, 20% more than the US . Canadians should not be embarrassed that housing prices occupy such a large portion of our mind-share, and investment allocations, they are the one asset that isn’t taxed to death. Primary residences still enjoy zero capital gains tax, whereas other more productive assets, such as businesses, get pulverized with 50% rates.

This has resulted in an entrenched focus on housing as an investment vehicle, showing reliably attractive net returns over time. Before this changes, Canadians will continue to invest disproportionately in housing, and move prices higher and higher. Compounding the argument for eventual price recovery, and continued growth thereafter are the 420k new immigrants pouring into the country every year, most of whom settle in the urban centers where the jobs are.

But it gets better, especially for those who have been fortunate to husband cash over the past couple of years. The bargains are coming about more frequently all the time, and are sure to become more exciting in the winter months ahead. There will be interesting opportunities to buy, and we’re still selling successfully, so even in the short-run, we can find winning scenarios. The leaves are changing, but the esthetics are sublime, and spring just around the corner!

Embrace the changing of the leaves, and enjoy a Happy Thanksgiving with friends and family.